I have been working on some cards, and have finally gotten around to editing and uploading them.  To give you something to look forward to, I'm going to share them one at a time.  Isn't that considerate?

This card is one I made for my son-in-law's mom.  Unfortunately, I didn't write down my "recipe", but I have managed to figure out most of it. 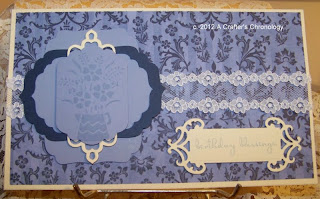 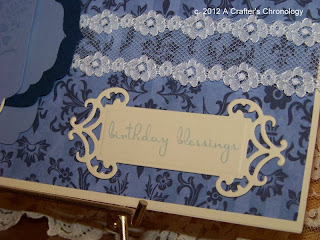 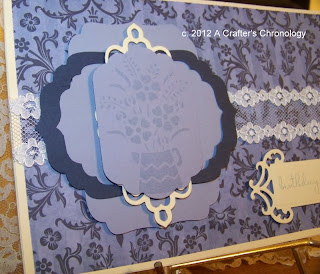 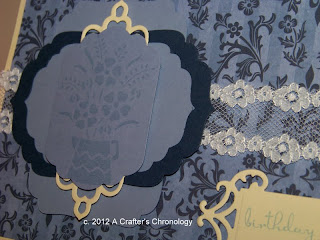 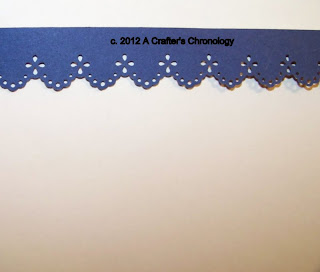 Because of the large size of the card, which I didn't write down either, I made my own envelope using my Martha Stewart Scoring Board.  I used a Martha Stewart punch to create a strip to go under the flap, which you can see above.

It's been a long and emotional week, and I was tempted to let Easter slip by unacknowledged here.  But I cannot.

All week, I have been thinking about what most people associate with Easter:  bunnies, colored eggs, jelly beans, baskets with gifts for the little ones.  The more I thought, the sadder I became.

You see, Easter, or Resurrection Day, has nothing to do with those things.  Instead, it is the remembrance of the most incredible and seemingly impossible event:  the resurrection from the dead of the Son of God, Jesus Christ.  It is a matter of faith.  No one saw Him rise and walk out of the tomb where He had lain for three days and three nights.


Now after the Sabbath,
toward the dawn of the first day of the week,
Mary Magdalene and the other Mary went to see the tomb.
And behold, there was a great earthquake,
for an angel of the Lord descended from heaven
and came and rolled back the stone and sat on it.
His appearance was like lightning,
and his clothing white as snow.
And for fear of him the guards trembled and became like dead men.
But the angel said to the women,
"Do not be afraid, for I know that you seek Jesus who was crucified.
He is not here,
for he has risen, as he said.
Come, see the place where he lay.
Then go quickly and tell his disciples that he has risen from the dead,
and behold, he is going before you to Galilee;
there you will see him. See, I have told you."
So they departed quickly from the tomb with fear
and great joy, and ran to tell his disciples.

The apostle Paul made this critical observation in his first letter to the church at Corinth: This I believe, and this I celebrate on this marvelous Resurrection Sunday.

Your Name Alone Can Save


When we were dead in our transgressions
Jesus, You came to bring us back to God
You canceled the debt that stood against us
Set it aside, nailing it to the cross
Now with joy we can proclaim

You’ve overcome the grave
You took our curse away
There is no other name by which we’re saved
For in Your death we died
In You we have new life
Jesus, Your Name alone can save